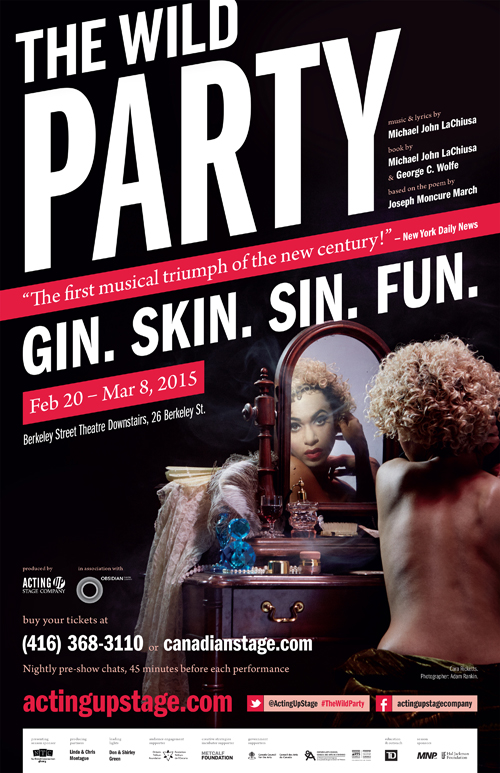 Based on the poem by Joseph Moncure March

The gin and jazz are flowing in this explosive musical set in 1920’s Manhattan, following the reckless relationship between a Vaudevillian clown and dancer as it spirals out of control during one ferocious get-together. (actingupstage.com)