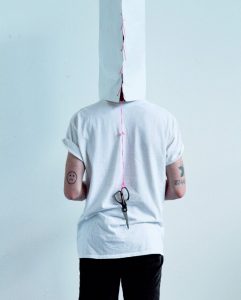 Everyone is annihilating each other. Or dying of a plague. The patriarchy thinks it can set things straight by building a monument made of gold.

Inspired by a scene from Romeo & Juliet that no one seems to remember, these violent delights asks: Why do we think a memorial can represent history and loss? How can a specific monument enfold larger issues of cultural memory and capital? And what, if anything, is sacred? (summerworks.ca)