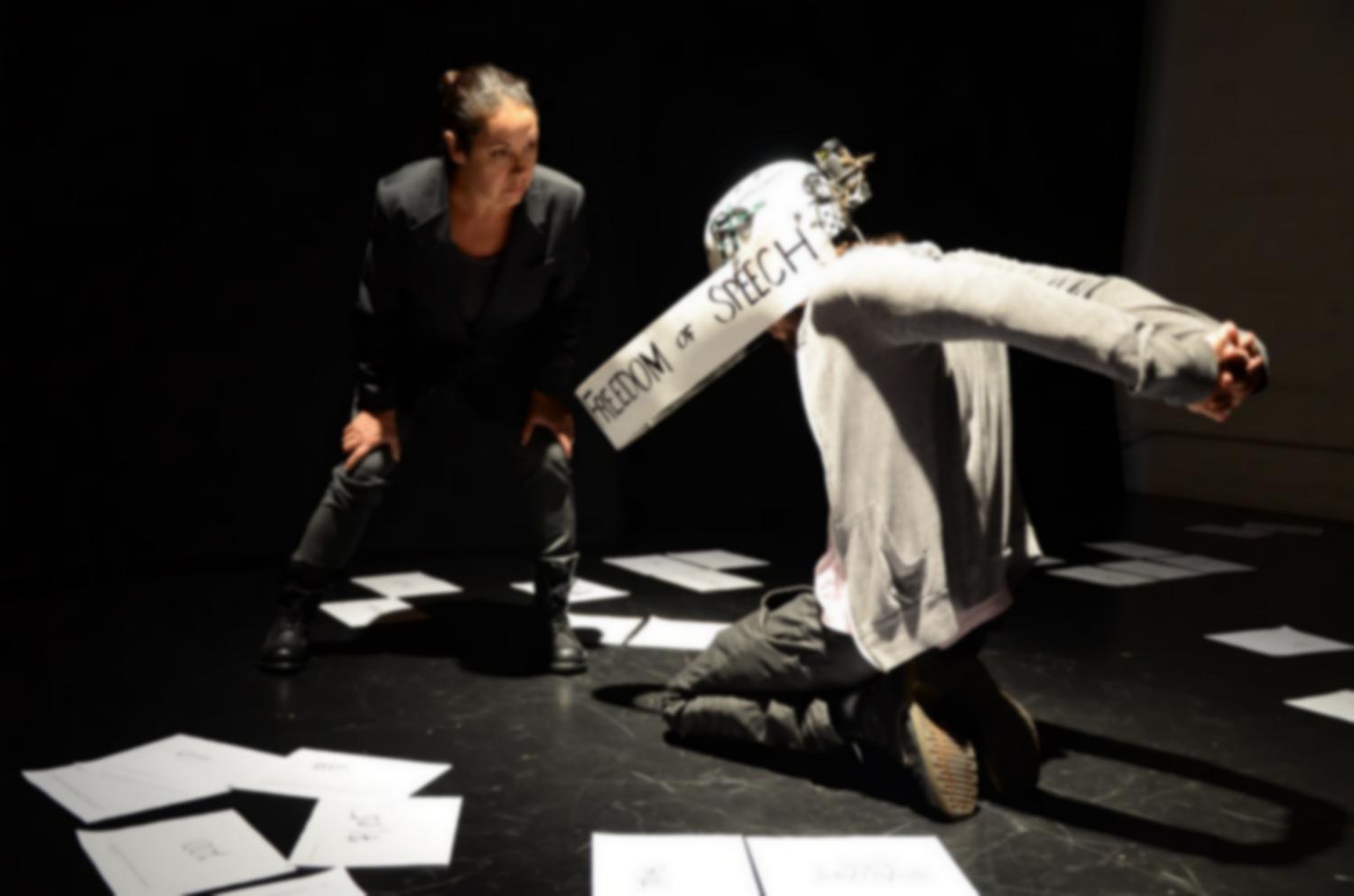 Are white privilege, second-class citizenship, surveillance, and interrogation the market price we pay for peace, order, and good government?  What of the lives of others, whose countries are disrupted in the name of our safety and comfort?

In an idealistic act of penance, Canadian-born white male Lyon Smith submits to having Colombian-born brown female migrant Beatriz Pizano pull incriminating details from his more-or-less average life. Under a visual palette composited from live security cameras and found footage, what begins as a eulogy for the human costs of our collective safety becomes a ritual to atone for a decade of repression, war, and paranoia.  (thisisprogress.ca)