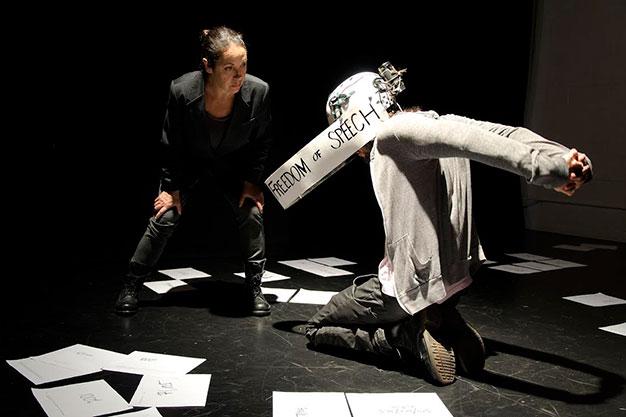 A Karmic Accounting / Interrogation Ritual to atone for a decade of repression, war, and paranoia.  A friendship is tested by culling incriminating details from an average life through confession, surveillance, and interrogation.  Will this verify the new maxim of the modern security age, that everyone is guilty of something?  Who pays for this guilt?  For this security? (alunatheatre.ca)