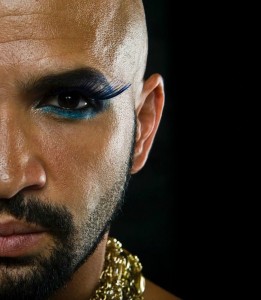 In a series of stories based on his life, Berend McKenzie presents his one-man show about Buddy, a boy
growing up both black and gay, who is the target of taunts and marginalization. Buddy fluctuates between
being an outcast, a rebel, a dropout and a survivor. Ultimately, he finds the power to face down the two
very different, wounding words that affected his life. (youngpeoplestheatre.ca)