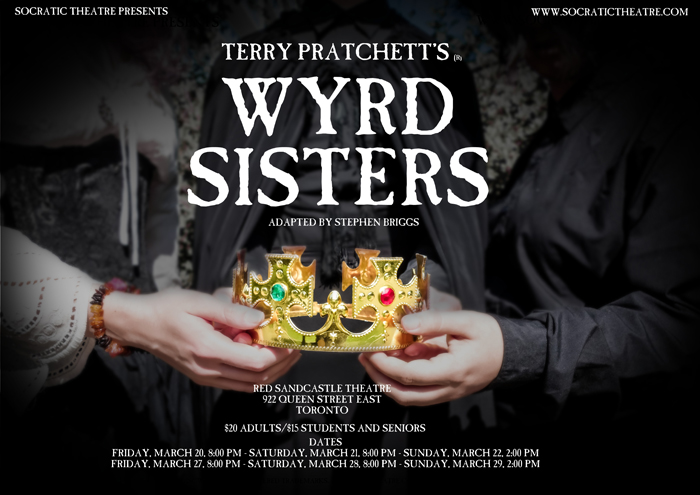 A blasted heath. Thunder rolls. Three figures emerge from the night as an eldritch voice screeches, “When shall we three meet again?” The response, naturally, is “Well, I’m free next Tuesday.”

Thus Terry Pratchett introduces the Lancre witches, three of his most indelible creations: the naive maiden Magrat Garlick, the boisterous matriarch Nanny Ogg, and the incomparable Granny Weatherwax. But when their beloved Lancre is taken over by a Duke and Duchess who bear a more-than-passing resemblance to a certain pair of Scottish royals, it’s against the rules to meddle in politics. Unless, of course, you subscribe to the first rule of witching: when you break the rules, break ’em good and hard! (socratictheatre.com)