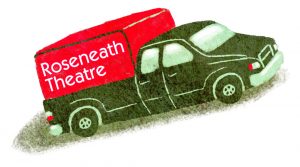 Established in 1983, Roseneath Theatre is one of the country’s leading producers of award-winning theatre for children and their families. Our plays address issues that resonate with today’s youth, encouraging them to reflect on themselves and their place within the community. Our commitment to excellence has earned us many accolades, including 43 Dora nominations and a total of 14 Awards. Roseneath was also a recent finalist for the Ontario Premier’s Award for Excellence in the Arts.

Roseneath gives up to 300 performances per year to approximately 100,000 young people, making us the largest professional touring theatre in Ontario. We are equally committed to both quality and accessibility. We are the only company to have visited every school district in Ontario.