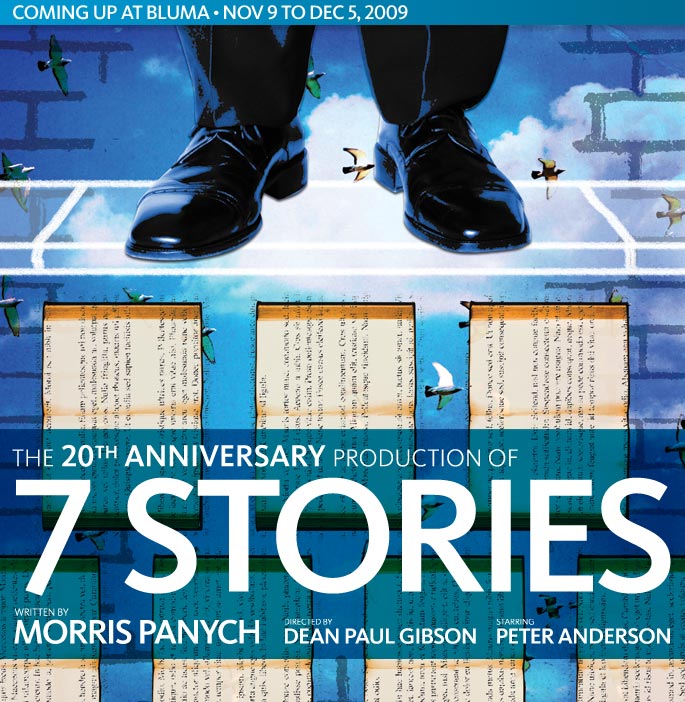 To jump or not to jump? That is the question one ma n faces on the seventh-story ledge of an apartment building in this quick-paced, absurdist comedy. Bef ore he can make a decision, he encounters the build ing’s eccentric tenants through nearby windows. As he des perately tries to get on with minding his own busin ess, he becomes a reluctant participant in the dilemmas of those around him. He comes to realize that everyone one of them has a reason to jump – and that he may be the most rational of them all.  (Show Press Release)