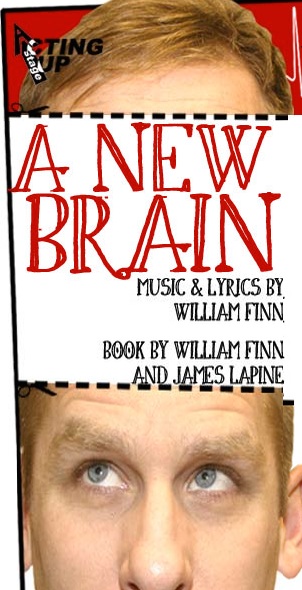 Frogs, sail boats, kiddie TV, overbearing Jewish mothers, and arterial venous malformations. When a frustrated children’s television composer is struck with a rare brain disorder he faces the possibility of his own mortality in the hospital with his friends, family and nurses. As the doctors race to save his life, Gordon realizes that his greatest fear is dying with his best songs still inside him; and so, from his hospital bed, they come to life in his room. Both zany and heartbreaking, A New Brain looks at celebrating life through heart and music. (actingupstage.com)