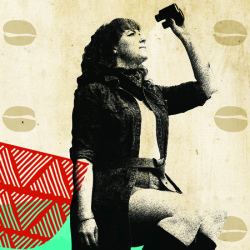 Adventures of a Redheaded Coffeeshop Girl (2015)

Out of the coffeeshop and into THE JUNGLE! Joanie follows her anthropologist dreams with a job at The Jane Goodall Institute, Africa! This new, standalone story & follow-up to the 2014 Toronto Fringe sell-out hit, is more caffeinated fun – with chimps! (fringetoronto.com)