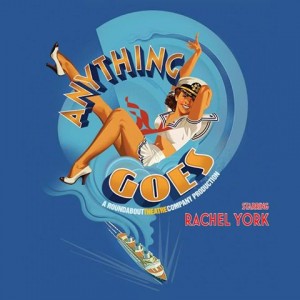 When the S.S. American heads out to sea, etiquette and convention get tossed out the portholes as two unlikely pairs set off on the course to true love…proving that sometimes destiny needs a little help from a crew of singing sailors, an exotic disguise and some good old-fashioned blackmail. Peppering this timeless classic are some of musical theatre’s most memorable standards, including “I Get A Kick Out Of You,” “You’re the Top,” and of course, “Anything Goes. (mirvish.com)