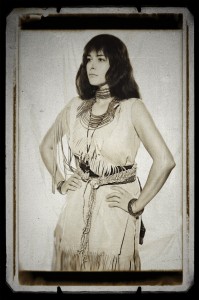 Café Daughter is a one-woman show inspired by the life of Dr. Lillian E. Quan Dyck.  This family friendly show is about a Chinese Canadian Cree girl growing up in rural Saskatchewan.  The story begins in 1957: 10-year old Yvette Wong helps out in her parents’ café.  Her mother has charged her with a secret – to never tell anyone she’s part Cree.  She’s incredibly bright and dreams of becoming a doctor, but is put in the slow learners’ class because of her skin colour.  This occurs at a time when Aboriginal children are forced into residential schools, provincial law forbids Caucasian women from working in Chinese-owned businesses, and Chinese-Canadian men struggle to bring families to Canada. (www.nativeearth.ca)