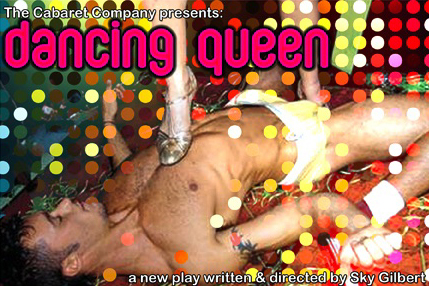 A beautiful young man moves to the big city. There, he falls in love with an older man, while at the same time another man falls in love with him. Dancing Queen plays on gay culture’s fear of aging to ask scandalous questions about sex, love and monogamy. Buddies founding Artistic Director Sky Gilbert, collaborates with notorious performance artist Keith Cole to tell the story of an inter-generational love triangle through dance and theatre. (playwrightsguild.ca)