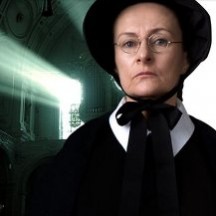 Set in a Bronx Catholic school in 1964, Doubt, a parable is a gripping, suspense-filled tug-of-war between a popular priest and a strong-minded nun who suspects her colleague of improper conduct with a new student. The controversial play dramatizes issues ripped from today’s headlines and tackles themes of religion, morality and authority with knowing detail and a judicious eye. (broadwayworld.com)