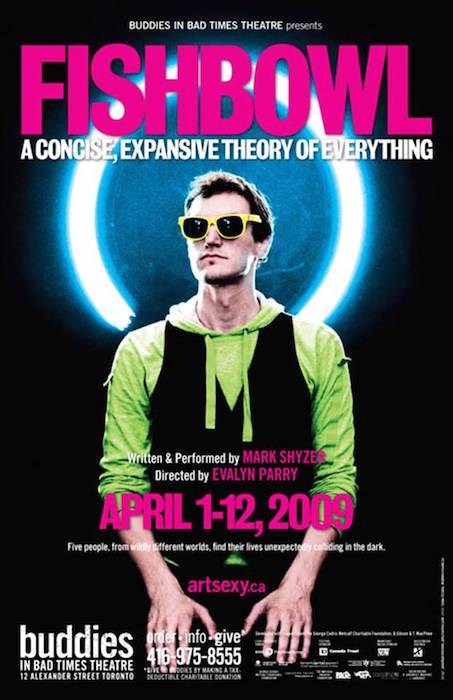 Fishbowl: A Concise, Expansive Theory of Everything (2009)

A one-man show written and performed by Mark Shyzer in which he plays five different characters. Billed as “a collision of quantum physics and cutting social satire,” the production examines five characters in search of meaning and connection who make an unexpected collision in the dark. Caustic comedy ensues between a nerdy high school genius, a pregnant jazzercise instructor, a hormonal teenaged hipster, a middle-aged barfly, and a retired physics teacher. (torontoist.com).