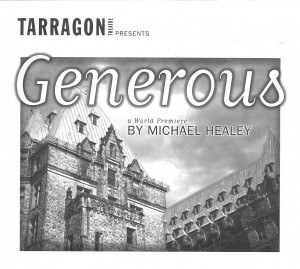 The political and personal stakes are high after the long-time governing party loses a nonconfidence vote. The possibility for real change is in the air. What happens when members of society not known for their generosity become overwhelmed with the desire to help?

A comic exposé of selflessness in people who are highly unfamiliar with the concept. (tarragontheatre.com)