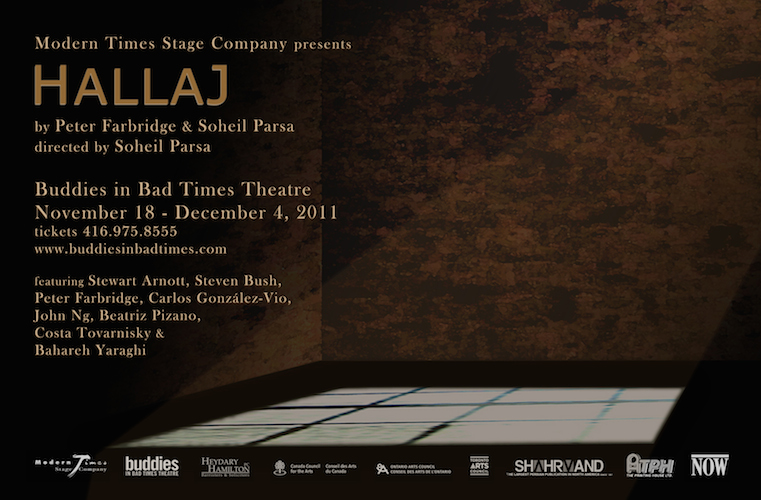 A modern re-telling of a true story from 9th century Baghdad. Hallaj was a legendary Sufi poet, teacher and philosopher whose teachings won the adoration of the public and rage of the political system. Orthodox leaders seize their opportunity when one reckless act becomes Hallaj’s indictable offense, and he is given one last choice: to recant and save his life or stand by his convictions and dance to his death. As he spends a final night in prison awaiting execution, Hallaj’s memories paint a portrait of a man conflicted by love for his family and a consuming search for spiritual truth. (Show Facebook Event)