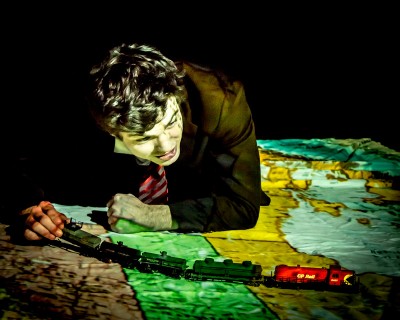 Lac/Athabasca departs from a glacier in the West, stops at a city of oil in the North, and terminates in a river of fire in the East, telling tales of lives lived and lost on the rivers and railways in between: a pair of nineteenth-century fur traders pursued by an unseen terror along Alberta’s Athabasca River; two scientists studying fish kills and cancer rates downstream from the oil sands; the residents of a small town united in grief after an entirely preventable disaster. Their stories intersect and echo in ways that are shocking, unsettling, and deeply moving. Inspired by the tragedy of Lac-Mégantic, Lac/Athabasca connects the dots between voraciousness and victimhood, beasts without and the beast within, ravaged landscapes and ruined souls. (summerworks.ca)