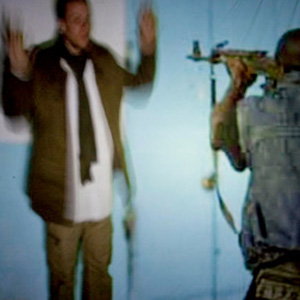 PHOTOG by Boca del Lupo will examine the life of a fictional conflict photographer who wrestles with his reality of standing behind the lens taking pictures, instead of in front of it taking action. It will begin by collecting arresting images, interviews and situations from the memories, imaginations and current realities of contemporary journalists from across Canada and around the world; the most profound and pertinent of these will form the basis of a live performance experience focusing on the seamless integration of mediums at pace with the modern day tempo of information, but with the ability to take pause to consider its beauty, its horror and its impact on they way we live our lives. (harbourfrontcentre.com)