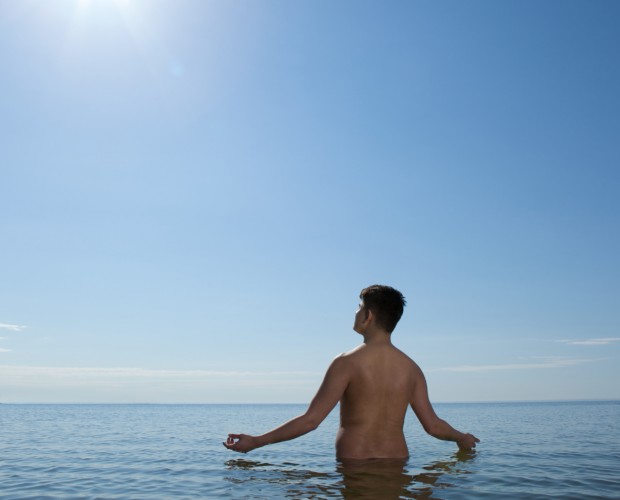 Everything, eventually, ends up downstream.

ROW is about a Cree ‘kept boy’ set in hurricane-ravaged New Orleans. The water stains are showing. Recently liberated, Sonny is past his prime and once again on the prowl. As he searches for potential new keepers to trade his sexual allure, his past and future swirl about him like a kaleidoscope.

This production immerses you into Sonny’s world – from residential school, to the street and the back rooms and limousines of the wealthy men who keep him, until he washes ashore. Portrayed by three Aboriginal actors playing different experiences that led him here, Sonny invites you to circle up and join him on a journey through memory.