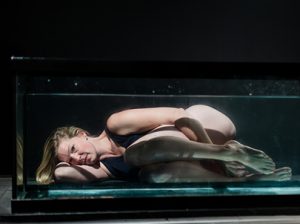 A playwright writes an exposé of modern motherhood: a confessional piece about her own darkly funny and taboo-breaking truths. One of her oldest friends, an actress, tells this story, and through it, her own motherhood secrets start to surface.

This isn’t mothers as the butts of jokes, or the villains, or the perfect angels of the house. Secret Life of a Mother reveals what two women are actually experiencing: the raw and transcendent and untold secrets of pregnancy, miscarriage, childbirth, and mothering. This is motherhood for the 21st century: hallucinatory, gothic, and empowered. (theatrecentre.org)