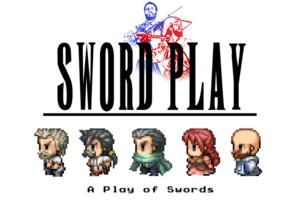 Dancing from fairy-tale to fantasy epic to literary classic like an assassin at a Masquerade Ball, Sex T-Rex dips its rapier wit into all things sworded and sordid and brings them to the stage in cinematic style.
“When peril looms o’er the realm, two disgraced swordsmen must rise again to save the Princess and stab the bad guys right in their schemes.” (fringetoronto.com)