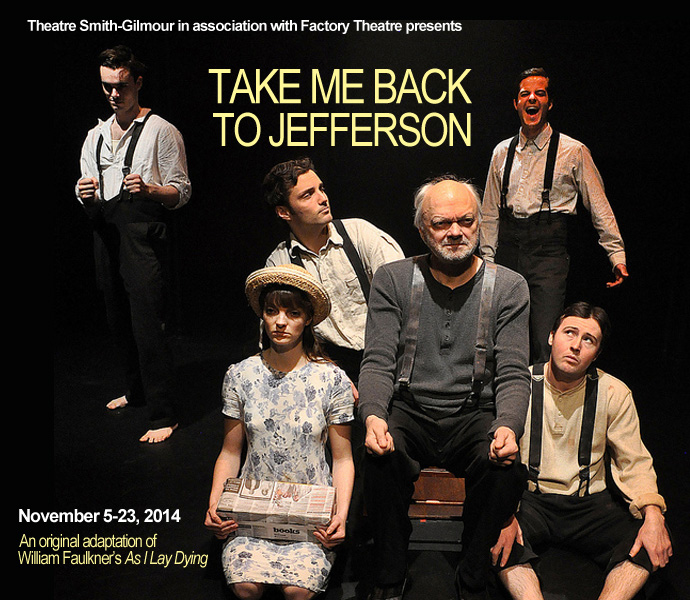 An original adaptation,   Take Me Back to Jefferson is the evocative Southern gothic chronicle of the Bundren family odyssey across the Mississippi countryside to bury their wife and mother.   Calamity haunts their

40-mile funeral procession, an absurdly tragic journey through the grotesque intersection of character and circumstance. (totix.ca)