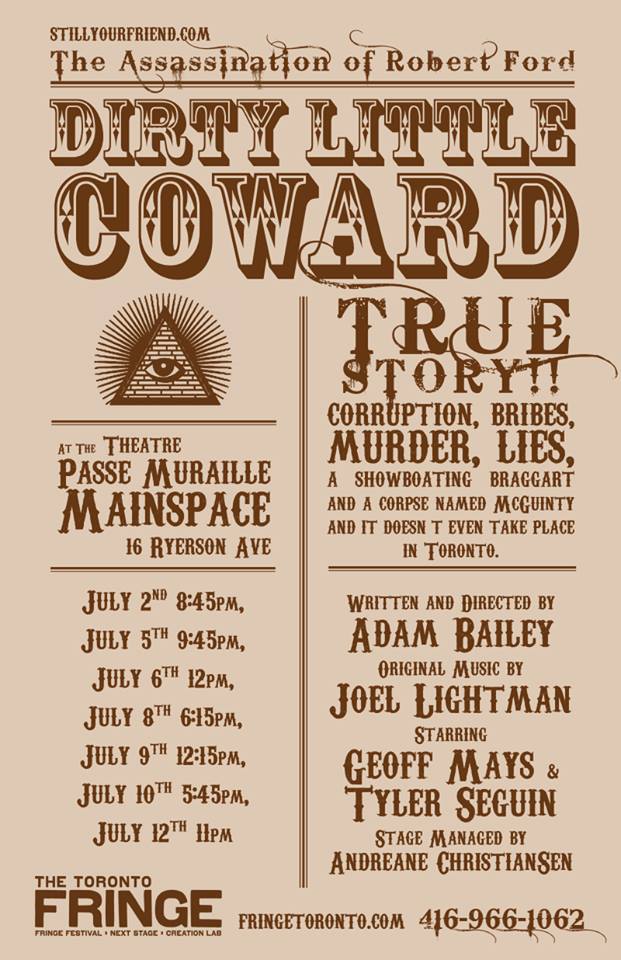 The Story of Robert Ford, The Assassin of Jesse James, is often told as an epilogue to the famous outlaw’s life. But Robert Ford wandered free as a minor celebrity, thanks to his crimes, before he was also gunned down. This new play looks at the story of Robert Ford from his killer’s perspective, allowing for an examination of the paralyzing power of anger while drawing a comparison between the politics of a post-Civil War America to those we experience today. (Toronto Fringe Press Release, 2014).