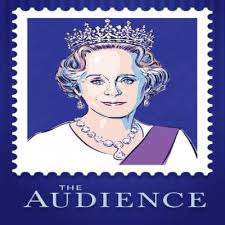 THE AUDIENCE takes theatregoers behind the walls of Buckingham Palace and into the private chambers of Queen Elizabeth II as she meets with each of her Prime Ministers through her 60 year reign, from when she was a young mother to now as a Great Grandmother. From the old warrior Winston Churchill, to the Iron Lady Margaret Thatcher, through the charm offensive of Tony Blair right up to today’s meetings with the current incumbent David Cameron, the Queen advises her Prime Ministers on all matters both public and personal. Through these private audiences, we see glimpses of the woman behind the crown and witness the moments that shaped a monarch. (mirvish.com)