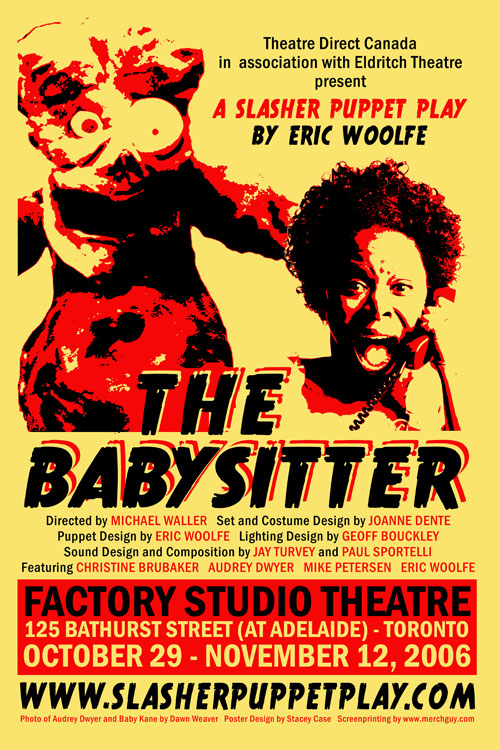 The Babysitter  is a darkly comedic coming-of-age fable for teen audiences, performed by one actor, three actor-puppeteers and an eerie and ghoulish rabble of multi-sized puppets.

It combines elements of the traditional fairy tale, urban legend and archetypes, and structure borrowed from the slasher horror films of the late seventies and early eighties. These diverse elements combine to form a modern hero-myth for young people, which explore themes of struggle against violent adversity, gender issues and the necessity to break free from restrictive stereotypes and social-taboos as part of the natural process of personal maturation. (torontolivetheatre.com)