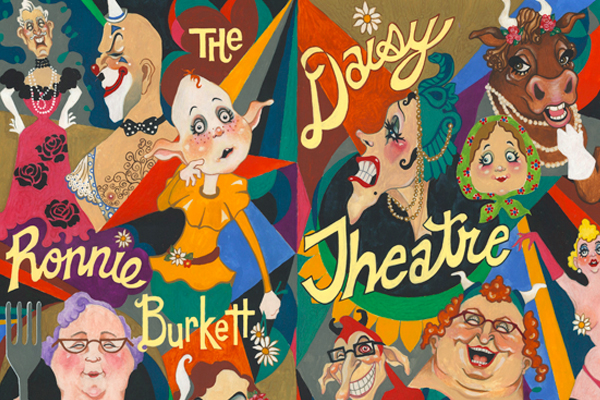 A talking cow, a faded vamp, a wistful fairy and the most beloved and befuddled prairie farm wife in Canada are a few of the outrageous characters in Ronnie Burkett’s new show, The Daisy Theatre. Inspired by the illegal underground “daisy” puppet shows of Nazi-occupied Czechoslovakia, and the beginnings of cabaret at the famed Le Chat Noir in Paris, The Daisy Theatre blends nightly improvisation, variety acts and music, monologues and morality tales, plus new short playlets by ten Canadian playwrights written for the resident company of over 30 marionettes. Each performance will be different, daring, ridiculous and on the edge, in the hands of renowned puppeteer and provocateur Ronnie Burkett. No two performances of The Daisy Theatre will be the same, making this is a show to see more than once. (luminatofestival.com)