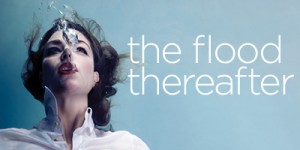 Part portrait of small-town Canada and part timeless fable, The Flood Thereafter is a magical play by Sarah Berthiaume, a rising star of Quebecois theatre. Every day, twenty-year-old June does an abrupt strip show in the gritty Emotions bar with all the men of the town watching and weeping. June’s relationship to the men stretches back to the sirens who ensnarled the mariners of ancient Greece, but when a young stranger arrives in town the tide begins to turn. (canadianstage.com)