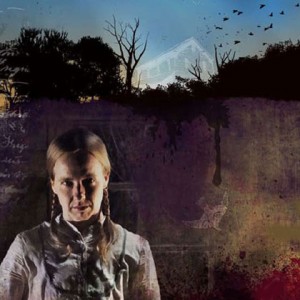 A Canadian horror story, THE WOODS takes place in 1640, two centuries before Part One and Part Two. The mill does not yet exist. The woods conceal a First Nations burial ground; the former site of a Wendat (Huron) settlement decimated by the imported ideals, and epidemics, of the French settlers. (torontoartsonline.org)