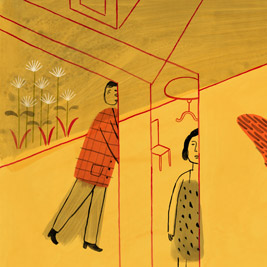 As seen from the dining room, a secretive dirty weekend away for the affable librarian Norman turns into a series of misunderstandings, trysts, and hilarious revelations when his wife unexpectedly arrives, asking questions. A comic feast where chairs and food are scarce, but laughs are served aplenty. (soulpepper.ca)