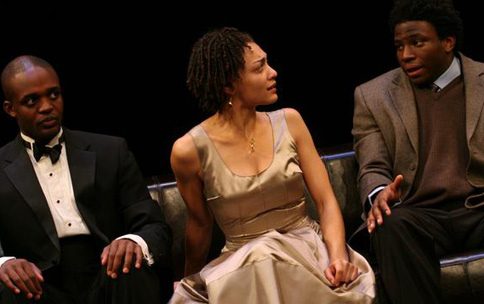 Young Jean Lee, a rising star of American theatre, dissects what it means to be black in America in this hilarious and shocking play. Brazenly theatrical and transcendentally lyrical, THE SHIPMENT moves from the urban dreams of would-be rappers to the sitcom realism of yuppie domesticity, proving that nothing is ever as it seems. With an ending guaranteed to leave jaws hanging, this is contemporary theatre at its biggest, boldest and most daring. (harbourfrountcentre.com)