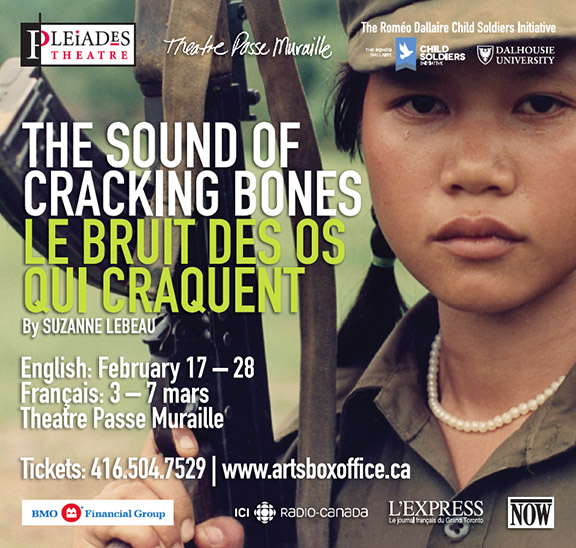 The Sound of Cracking Bones is the story of thirteen-year-old Elikia, a resilient, courageous girl who leads innocent eight-year old Joseph on a harrowing escape through the jungle toward a hoped-for freedom.

Set in a war-torn country, which could be in Africa, Latin America or South Asia, the story takes us to the very heart of Elikia and Joseph’s life as child soldiers caught in the grip of ruthless warlords.

Their story is later brought to light by Angelica, the nurse who rescued and cared for them, as she testifies before a tribunal charged with examining the issue of child soldiers.

It’s only because of her testimony that the reality of these children – like so many others’ – is revealed to us. In turn, we see how the comfort of distance and time can dilute empathy with indifference.

Unsettling yet life-affirming, The Sound of Cracking Bones is an intimate portrayal of a global issue. (pleiadestheatre.org)