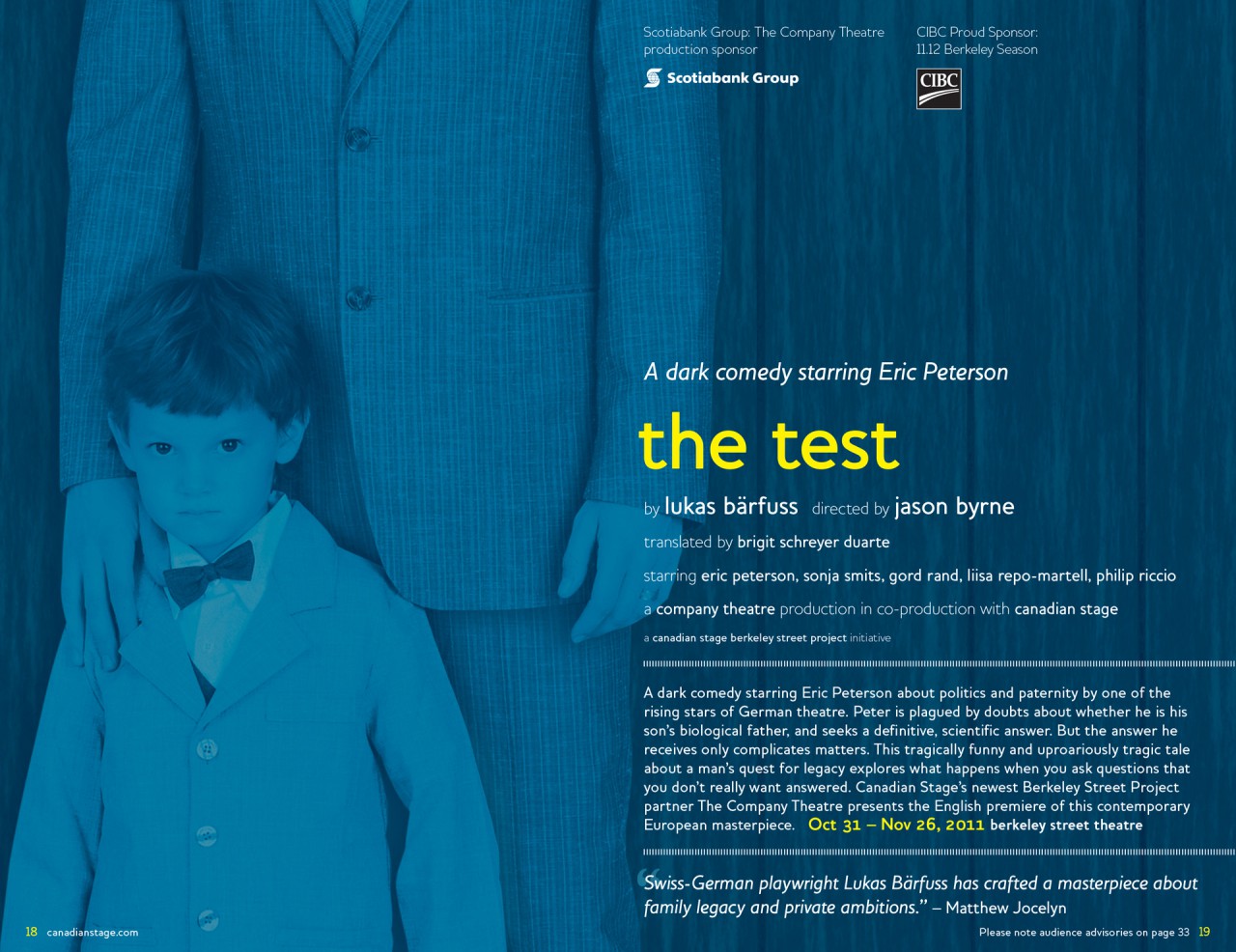 Canadian Stage and The Company Theatre

A dark comedy starring Eric Peterson about politics and paternity by one of the rising stars of German theatre. Peter is plagued by doubts about whether he is his son’s biological father, and seeks a definitive, scientific answer. But the answer he receives only complicates matters. This tragically funny and uproariously tragic tale about a man’s quest for legacy explores what happens when you ask questions that you don’t really want answered. (canadianstage.com)