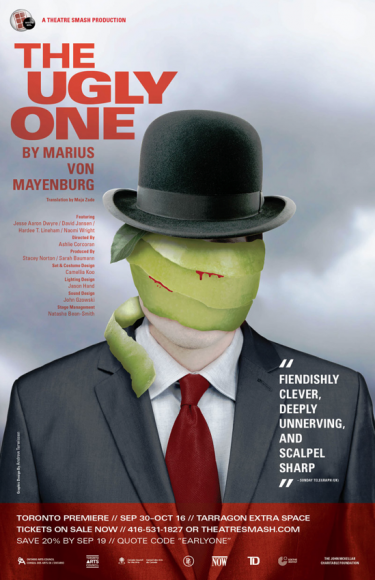 Quite simply, it is a painfully funny play about image, identity, and getting ahead in today’s consumer culture. Using a precisely paired-down form where four actors play eight roles with no traditional scene breaks, the play tells the story of Lette, a successful engineer who is also unspeakably ugly. When a plastic surgeon restructures his face, Lette emerges from the operation an Adonis. His life changes overnight: women lust after him and men want to be him. But this dream life soon becomes a nightmare, as Lette’s surgeon begins to offer his face to anyone who will pay. (theatresmash.com)