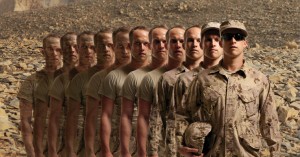 It is 2008. Canadian Forces are holding Panjwaii, the most volatile region of Afghanistan, with very little support from NATO-ISAF. Captain Stephen Hughes is always looking for the next threat, knowing it can come at any time from any direction. He just didn’t expect it would come from within. (tarragontheatre.ca)