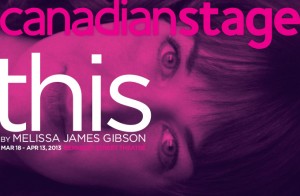 Jane’s husband died over a year ago but his ashes are still sitting on top of her fridge. Struggling to raise her young daughter alone, Jane isn’t really okay. Her friends try to cheer her up with party games and blind dates but they’re desperate for fun themselves, juggling a sleep-deprived new baby and a relationship strained to the breaking point. Their wisecracking and wine-drinking gay friend tries to help while a sexy, French Doctor-Without-Borders incites temptation – and perspective. (canadianstage.com)