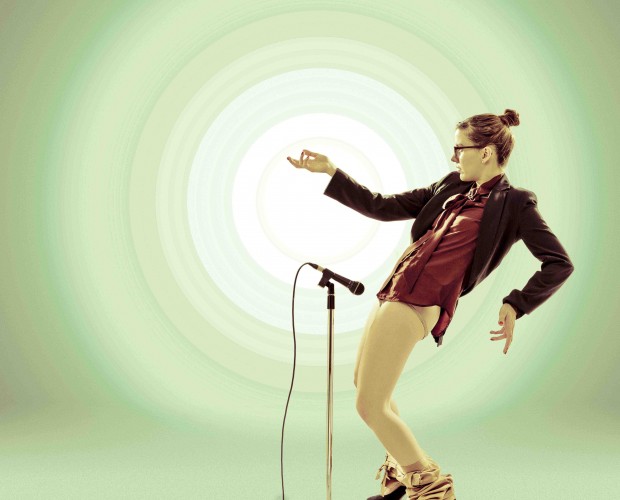 In his own way, each disrupts the established order, bodily seizing hold of our era and exploding the codes and conventions of theatre and dance. Together, the brilliant writer Étienne Lepage and the frenzied choreographer Frédérick Gravel have concocted a pop piece that is cheeky and devilishly sexy. From Nietzsche to Hendrix, it shifts in jolts from scathing diatribe to rock and roll show, from electrifying harangue to laid-back stance, striking a good smack to the face of conformism.

In movement that is in constant counterpoint to unclassifiable texts, four performers take on the contradictions of society. Playing with conventions, the offhand, impudent tone of these disruptive freethinkers is an antidote to moroseness and apathy. Theirs is a theatre of combat – provocative, reckless, constructive.  (summerworks.ca)