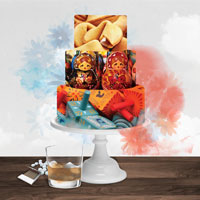 Two families collide in this dark comedy written by acclaimed Canadian playwright, George F. Walker. Known for his wit and biting commentary on city living, Walker’s We the Family looks at the after-effects of a wedding between culturally divergent families. As they struggle to understand one another, their own failings and bad choices set them on a collision course with a devastating – and hilarious – end. (harthouse.ca)