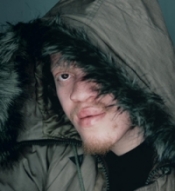 Three unlikely roommates are enduring the harsh Whitehorse winter as the 2007 Robert Pickton murder trial plays out on the TV. Yukonstyle is a play for the new generation of Canadians who are less concerned with what it means to be “Canadian” than they are with how to get by in this country of mountains, bison, fast food, serial killers, and snow. (canadianstage.com)