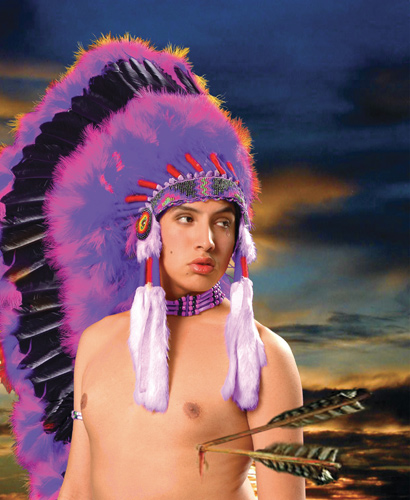 Mike is a hockey player and Jake is a dancer. The boys notice each other at the Kenora Shoppers Mall and ultimately connect through a mutual love of movement — when Mike is skating and Jake is dancing, “like grass blowing in the wind.” Playing these and many more characters through the iconic, multifarious persona of Nanabush, the trickster, Waawaate Fobister intertwines the boys’ attraction to each other through activities that traditionally separate gender and orientation. Agokwe (pronounced “agoo-kway; meaning “wise woman” or “Two-Spirited”) is a remarkable and refreshing testament to the joys and the tragedies of growing up gay and marginalized by race and gender within a small community. (nac-cna.ca)