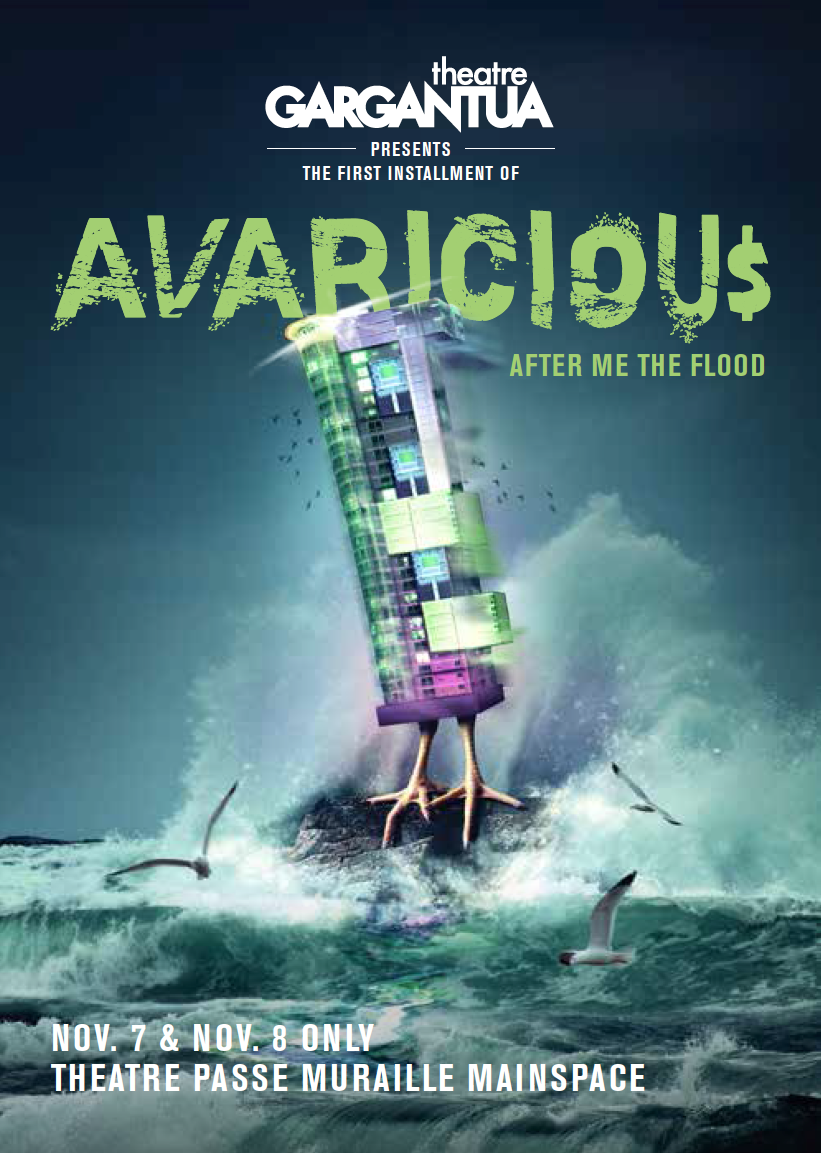 Created by the Company with Kat Sandler

As the threat of impending doom and an uncertain future begins to test the limits of a society brought to the tipping point by it’s own greed, a wealthy opportunist is forced to turn to a highly unlikely source in a final attempt to turn a profit.

What follows is an exploration of greed, hope, and humanity at the end of the world. (theatregargantua.ca)