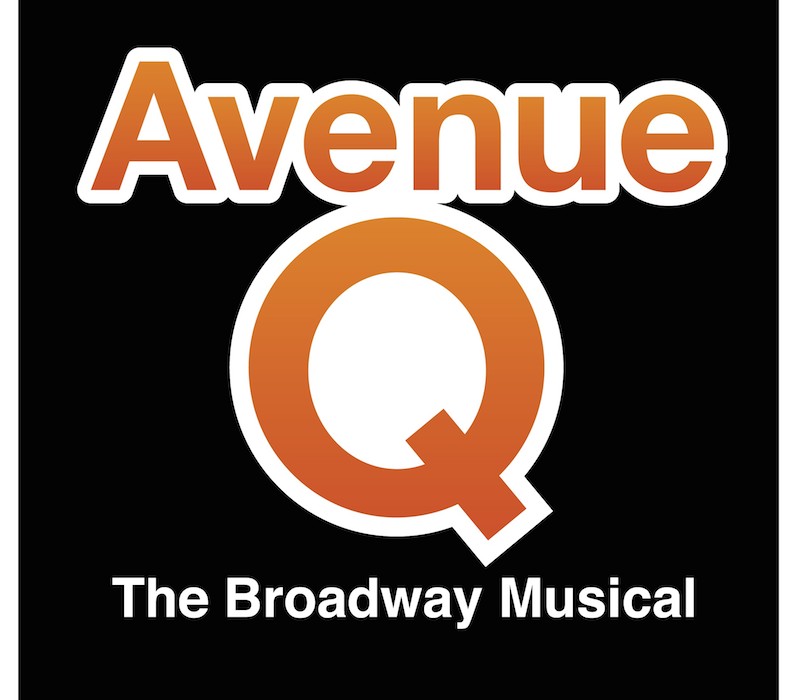 We follow the story of the puppet Princeton (Robert McClure), fresh from university and unemployed, as he moves into Avenue Q, the only run-down neighbourhood in New York where he can afford to live.  There he meets the failed human comic Brian (Cole Porter) and his human Asian-American girlfriend Christmas Eve (Angela Ai), puppet kindergarten teacher Kate Monster (Anika Larsen), closeted gay Republican puppet Rod (also McClure) who has a crush on his slacker roommate Nicky (David Benoit), the porn-addicted puppet Trekkie Monster (also Benoit) and their building superintendent, former child star human Gary Coleman (Danielle K. Thomas).  Together they sing such catchy, perky songs as “It Sucks to Be Me,” “Everyone’s a Little Bit Racist,” “The Internet is for Porn” and “Schadenfreude.”  With its adult content, expletives and an extended, very funny puppet sex scene, this is not a show for children. (stage-door.com)