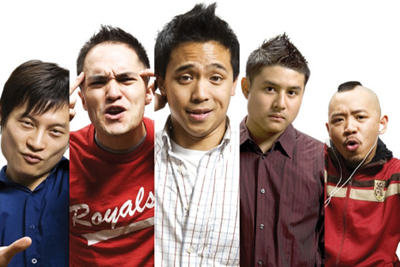 Adapted from the novel by Terry Woo

Banana Boys features 5 Canadian guys going through university, trying to find love, and establish themselves. But they’re also figuring out what it means to be Asian in contemporary urban Canada. Trapped by parental obligations and societal stereotypes, these CBCs (Canadian-born Chinese) are frustrated by being caught between cultures. This smart, incisive, and very funny play explores issues of identity and race through 5 distinctly different characters. (uofttix.ca)