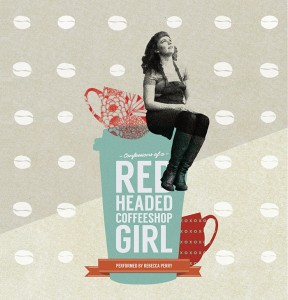 Confessions of a Redheaded Coffeeshop Girl (2014)

Acclaimed comedy about anthropology graduate Joanie Little making the most out of her barista job by studying the “creatures” (aka humans) of “The Coffeeshop Jungle” like Jane Goodall did with the chimps – hilarity ensues! (Toronto Fringe Program, 2014).