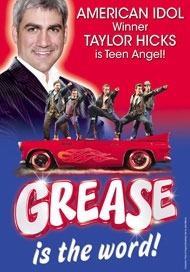 After spending a hopelessly devoted summer with Sandy Dumbrowski, the new girl in town, Danny Zuko’s world is thrown upside down when Sandy appears at Rydell High on the first day of school. What follows is a rock n’ roll celebration of growin’ up, cruisin’ with friends and goin’ steady. (mooneyontheatre.com)