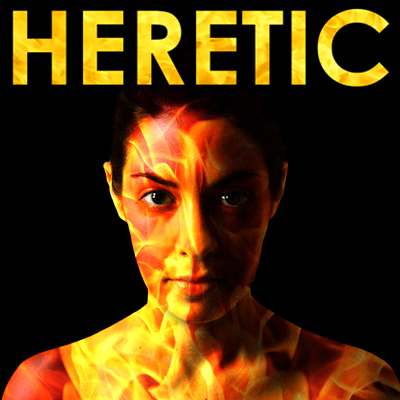 While only a young teenager, Joan of Arc (the anglicized version of her proper name, Jeanne D’Arc), the illiterate daughter of modest peasants, began to hear voices and see visions of religious saints and angels who instructed her to enter the bloody fray of the Hundred Year’s War and to lead the French forces against the English. With many of her countrymen convinced of her claims of being a force sent by God, she was quickly embraced by the nobility and the military elite and became both a leader on the front lines of battle – donning the same masculine clothes and armour as her male counterparts (a daring choice in fifteenth century Europe) – and an inspirational figurehead across France. After making pivotal gains against the English, she was ultimately captured and charged with heresy for her declarations of divine communication. Despite putting up an impassioned and theologically profound defense, she was found guilty by the English-led court and burned at the stake, forever cementing her status as a martyr.

Was Joan of Arc a holy vessel or the victim of vivid hallucinations? A headstrong warrior or a delusional young woman elevated by the hope of a nation? Heretic explores these complex facets, illuminating the iconic character in a way that has never been seen before.  (soupcantheatre.com)