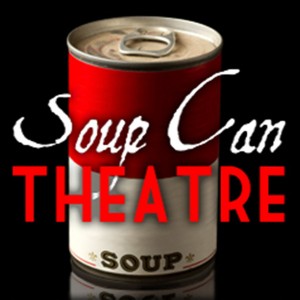 Soup Can Theatre is a vibrant Toronto-based theatre company dedicated to the reinterpretation of classic theatre for a twenty-first century audience. Our aim is to use existing works as a means to explore and comment on contemporary issues and societal challenges, and in so doing, to offer our audiences a theatrical experience that is both entertaining and enriching.

Since our inception in 2008, we have built a highly successful track record; our productions have played to sold out houses, garnered glowing accolades from the press and audiences alike (including five star reviews of our two most recent shows), and earned us a reputation as a company on the rise. Our creative team is graced with some of Toronto’s most notable young artists; our past and present collaborators have also performed in or worked on shows produced by or in association with Mirvish Productions, The Canadian Opera Company, The Shaw Festival, The Luminato Festival, The Banff Centre, and The Blyth Festival. Furthermore, our work has been singled out for recognition by Toronto’s theatre community with three ‘My Theatre’ Award nominations and one win, one ‘Broadway World’ Award nomination, and participation in the coveted ‘Best of Fringe’ program.

Soup Can Theatre is a proud member of TAPA.

Produced by Soup Can Theatre