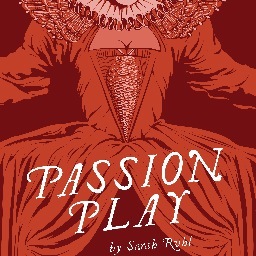 Wildly ambitious in theme and scope, Passion Play is a three-part saga that examines a company of amateur actors staging a traditional passion play at three different historical moments: Elizabethan England, Nazi Germany and Reagan-Era America. This triptych explores the collision of religion, politics, and theatre, and how the stories we tell shape who we are as individuals and as a community. (outsidethemarch.ca)