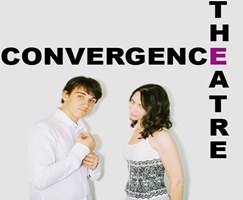 Founded in 2006, Convergence Theatre is a Toronto-based, artist-driven, Dora-nominated, “indie” theatre company.  With each new project we challenge ourselves to find innovative ways to push the boundaries of intimacy between performer and audience.  We create plays in site-specific or non-traditional venues, as well as re-imagine traditional theatre spaces.  We invite the audience to be an integral part of their theatre-going experience by fully immersing them in the world of the play.

We believe that the creation of art is an integral element of tikkun olam – the Jewish concept of ‘repairing the world’.  Theatre asks us to engage more fully with our society and the world around us.  When we create our work, we invite artists and audiences to converge and build an event with the potential to transform us for the better, and hopefully a small piece of the broken world is mended.