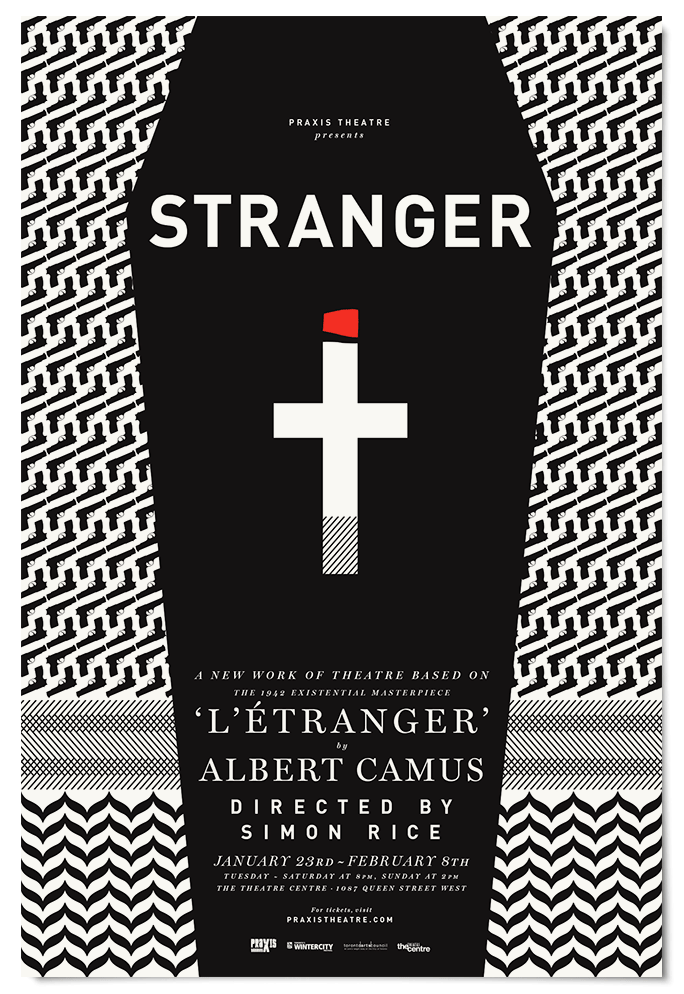 n his 1942 novel L’Etranger, Albert Camus asks a simple question:  “Is a man’s inability to cry at his mother’s funeral sufficient evidence to condemn him?  Stranger explores this and other existential dilemmas in a fast-paced ensemble drama that follows Mersault’s incomprehensible murder of a man and his subsequent trial.

Ultimately, our story is about an unconventional hero who, without heroic pretensions, agrees to die for the truth. (totix.ca)